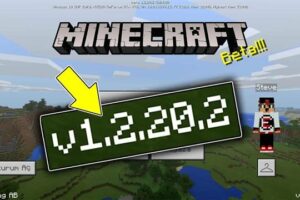 Meet a new update for Minecraft PE Better Together for Android that brings many underwater constructions and creatures, errors corrections and stabilization of the game.

Despite to the fact, the developing studio has added a lot new content to the game, the gaming programmers have worked hard on bug fix. However, you will appreciate the changes in the new version.

Get familiarized with newly added mobs — dolphins. You can appreciate this marine and smart creatures at the moment. To tell the truth, the mammals are in the beta so far, but they have something to show you yet.

Firstly, the creatures are generated a lot in the reworked waters around. But you cannot stumble into them in the frozen oceans and seas in this new game update.

Dolphins don’t attack you but if you get closer with a sword to them, they will protect themselves. Another interesting fact, this mobs are the quickest swimmers in the MCPE.

The developers have redesigned the appearance of the dolphins and added new sounds to them in the renovation.

In addition to the point, the studio’s programmers have integrated to the large and wide waters new interesting loot, such as Heart of the Sea and Nautilus shells.

These items are both useless so far, but the textures of loot match Java Edition at the moment. Furthermore, there is an opportunity to place up to 4 sea pickles on the block in the fresh game version.

The developers have reworked the generation of the worlds a little bit. Now, underwater ruins generate everywhere in the oceans. You can stumble into couple of chests over there.

This renovation is a complex of some updates have been release before: Better Together has copied some characteristics form the Aquatic Update and couple of features from the Chemistry Update, in its turn, the last one was a part of the Education Edition.

The revamped game includes glow sticks and Material Reducer. Moreover, it contains the lab table and Compound Creator too.

However, don’t forget to open the game in Experimental Gameplay mode in the options of the world. That way you can receive all the chemical items. David Walker Hi, I'm David! I checked it out and I'm giving you the opportunity to download this file for free. Visit my website more often!
1.2 android download minecraft pe minecraft pe update