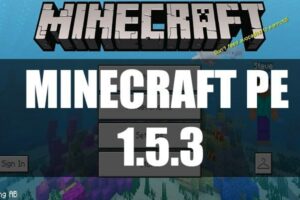 Meet a new update for Minecraft PE called “Update Aquatic” that brings some enhancements, a lot of marine things amd a conduit to the game.

The developers integrate different incredible features to the MCPE such as zombies have loosed the possibility to swim and now they will transform into Drowned Men in the updated game.

The Conduit is one of the exciting additions of the renovation of the Minecraft PE. It seems that this small weird marine stuff is useless and can be no more than an underwater decoration but it’s not true.

To be honest, the conduit it creates such an energy which it hasn’t seemed possible in the reworked game. It provides players with a Night Vision and an Underwater Breath.

Furthermore, it will hurt hostile creatures in the distance of 32 to 96 blocks. Conduit illuminates the territory around as well.

Heart of the Sea

If you want the conduit to work you need to construct a particular building made of prismarine blocks in this new update.

To craft the conduit, you need to collet 8 nautilus shells and 1 Heart of the Sea. It’s easy to get the shells, loot them from Drowned.

On the contrary, to find Heart of the Sea, check the treasure chests out. To seek for the chests, take a treasure map and the crate in the revamped game.

The developers added new achievement for those players who like to hunt for them and top up their track record.

After using a trident with the Riptide effect, you reach the “Do a Barrel Roll” achievement. And you get the “One Pickle, Two Pickle, Three Pickle, Four” achievement when you place 4 sea pickles in a stack.

Moreover, if you feed dolphins with fish, the marine mammal will lead you to the closest treasure and you achieve “Echolocation”.

Start the conduit to achieve the “Moskstraumen” as well in the upcoming version of MCPE. David Walker Hi, I'm David! I checked it out and I'm giving you the opportunity to download this file for free. Visit my website more often!
1.5 android download minecraft pe minecraft pe update