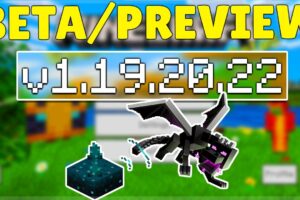 Newly made update for our favorite game from Mojang is released. This is a test and preview version, so don’t be angry if the game can perform not perfect sometimes.

Removed the ability to use emoticons in spectator view. The heads of spectators are shown correctly as semi-transparent at present. Hats, hoods, helmets, and other head accessories from the Character Creator are correctly shown in the mode as semi-transparent. While in spectator mode, capes and dynamic back accessories are not rendered any more. Portals cannot be used by or have an impact on spectators any more as well.

Bees aren’t suffocated in unfinished bricks any more. Enchantments on ranged weapons carried by monsters were not being applied due to a bug that was fixed. When kept in a separate water block, fish don’t tremble any more. An issue that might have stopped Witches from spawning has been fixed. As a surface spawner for witches, the Witch Hut building is currently configured. Blocks made of Crying Obsidian, Respawn Anchor, Light, Deny, Allow, Border, and Jigsaw are not destroyable by the Ender Dragon any more.

In a boat, Allays may take up and deliver stuff to their owners at present. The Scaffolding blocks that it drops may always be picked up from now on. Finally, Allay appropriately halts dancing when the jukebox’s song ends. Currently they focus on gamers and other objectives. Allays are not trapped in incomplete blocks any more.

Bells cannot burst into flames or be burned to the ground any more. Sculk catalysts are equipped with the blooming audio feature at present. When the Keep Inventory gamerule is set to True, Sculk Catalysts don’t distribute Sculk upon a person’s murder. If a creature died on top of a Sculk Catalyst, they won’t get covered in Sculk Veins.

Boats remaining in the water are not detected by Sculk Sensors.

Finally correctly unlocks and shuts the hidden door leading to the Redstone chamber in the middle of an Ancient City.

Corrected x-ray vision when Top Snow blocks the person’s view, making it act as a solid block instead.

Solved a problem where, while using a mouse and keyboard on iOS, gamers were unable to hover over UI components inside a scroll view if a piece of them dropped outside of the display. The scroll view’s automatic emphasis on the closest unclipped object was the cause of this.

A problem that may happen if a connected device was absent has been solved.

When not deposited or poured into whole blocks, lava in buckets won’vanish.

Solved a problem where some durable objects couldn’t be made from the Creative inventory.

By turning off input swapping, a problem that happened when switching inputs to the Material Reducer was repaired. Input must currently be deleted by users before it may be added again. A problem brought on by a villager switching professions while trading has been solved. If the Villager switches professions in the middle of a deal, currently the Trade panel will collapse. Currently there is a 90 second delay while joining a multiplayer game, down from 180. A problem that may happen when Pistons extend or retract close to movable blocks and Arrows has been corrected. Amethyst’s step chime has a fixed volume level as a crowd passes by. Solved an issue that prevented suspended accounts from using Xbox platforms’ settings or playing regional multiplayer games. 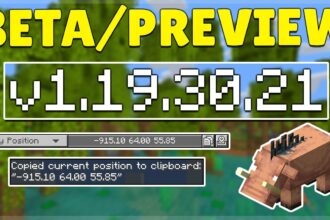 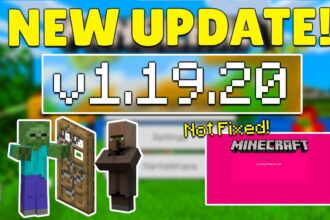 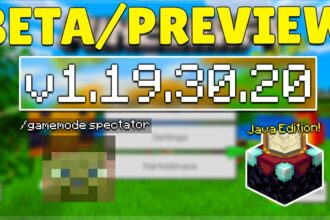 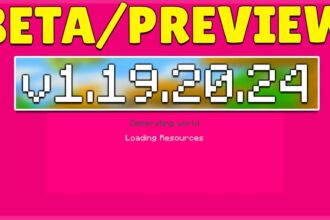