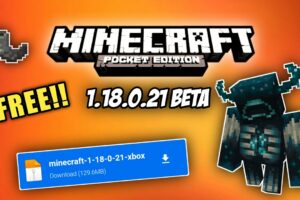 Mojang has introduced a testing release of new version of MCPE for Android. The renovation is summoned to correct 24 errors in the game as well as to bring 15 different changes. Anyway, some players have stumbled into bugs while they have been installing the update.

New Minecraft version no more showed the old worlds, the main reason that the worlds, modifications and so on are collected this way: Android/data/Com.mojang.

Replace the files from

What Have the Developers Changed?

Mojang studio programmers have made 10 changes. Let’s consider the most important ones: